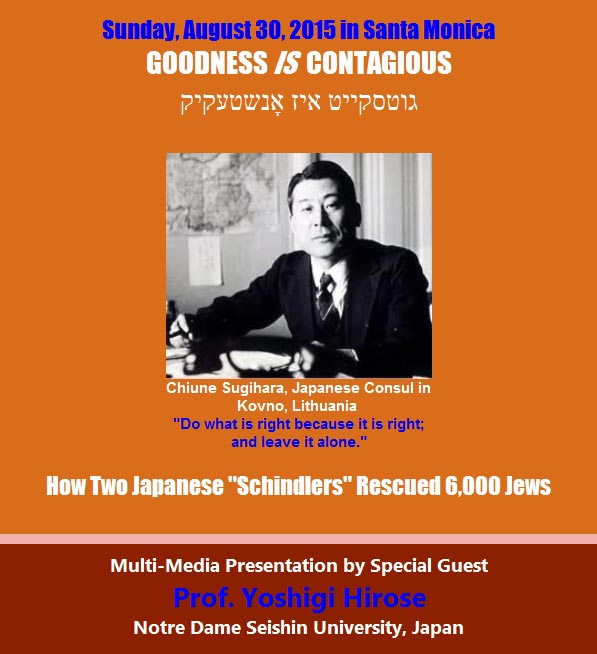 Chiune Sugihara, as Japanese Consul serving in Kovno, Lithuania at the onset of WW II, risked his family, career, livelihood, and life by issuing visas to thousands of Jewish refugees who were then able to flee to Japan, China, and numerous other countries in safety. They became known as Sugihara Survivors.
Prof. Setsuzo Kotsuji, is a lesser-known though just as important a hero. With his intervention, the Japanese authorities agreed to extend the refugees’ visas several times, letting them stay for eight months instead of the original two-week period, thus helping to ensure their lives.

Drawing on extensive research, Yiddish and Jewish Literature expert
Prof. Yoshigi Hirose presents fascinating and moving stories about these two Japanese heroes in order to prove that “goodness is ultimately as contagious as evil.”