Music of a Vanishing Civilization 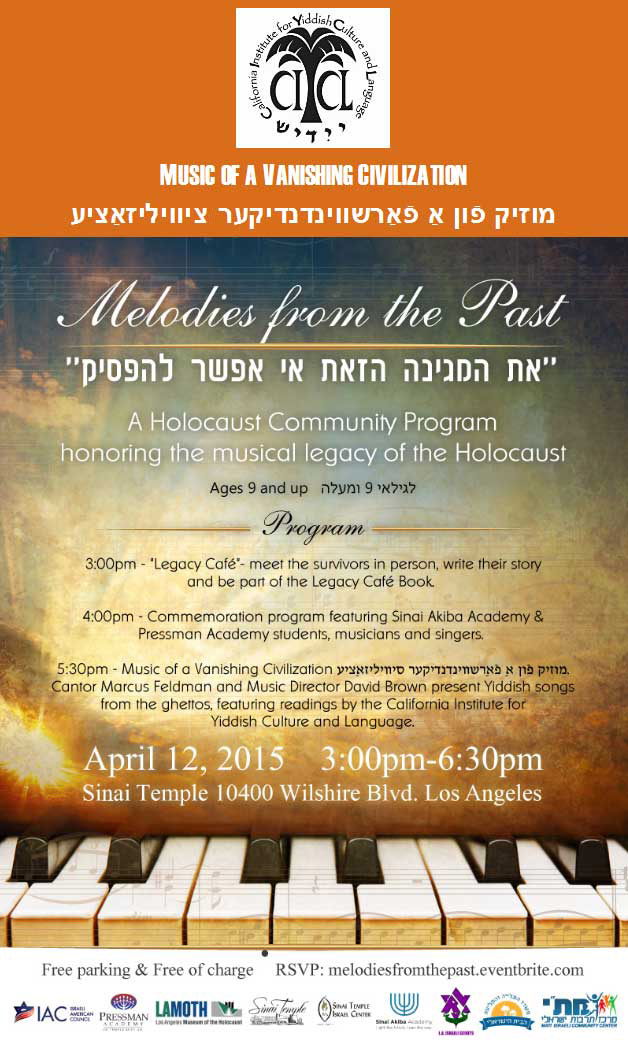 The most extraordinary spiritual resistance took place during the darkest times of the Holocaust.

Lyrics and music were written and performed in ghettos, partisan forests, and even the camps as a means of expression, encouragement, and resistance to inhumanity and annihilation.

Most of these songs were written in Yiddish, the language of the vast majority of Eastern European Jews. To sing them, and hear them, in the original is to truly honor not only the lost lives but also the civilization that birthed and sustained Jews for centuries — a remarkable and unique civilization that continues to vanish before our eyes.