The Astonishing History (and Future) of Yiddish In Universities 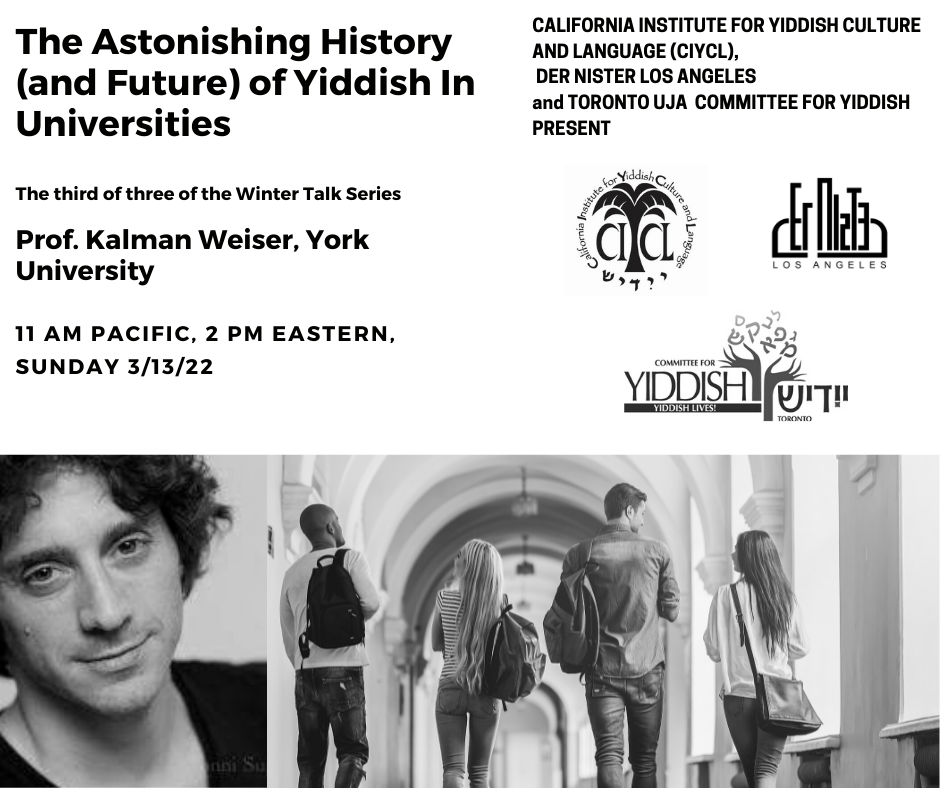 Prof. Kalman Weiser is a sought-after speaker in both English and Yiddish on topics related to modern Jewish history and culture, specifically about language issues in Jewish life. He is the Silber Family Professor of Modern Jewish Studies and the Acting Director of the Koschitzky Centre for Jewish Studies at York University in Toronto, Canada. The most recent book he edited is Key Concepts in the Study of Antisemitism (2021) and his current research examines the role of refugee scholars from Nazi-controlled Europe in creating the fields of Yiddish Studies and Jewish Studies in England and North America. He holds degrees from Columbia and Yale Universities.