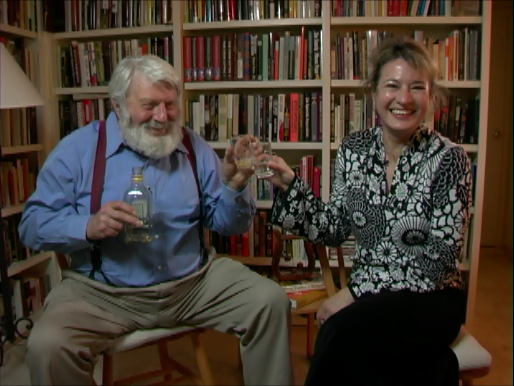 Theodore Bikel was born in Vienna, Austria in 1924. Yiddish was the primary, though not the only language spoken in his home. At the onset of WWII, he and his family were able to escape to Israel whereTheo soon began his career in acting.  He later studied acting in Britain. In America, Theo, an already well-known actor and singer, also began recording folk songs. On the Broadway stage, he initiated the role of Captain von Trapp in the The Sound of Music and began his iconic role as Tevye in Fiddler on the Roof, which he played more than any other actor. Throughout his career he performed and recorded Yiddish songs. 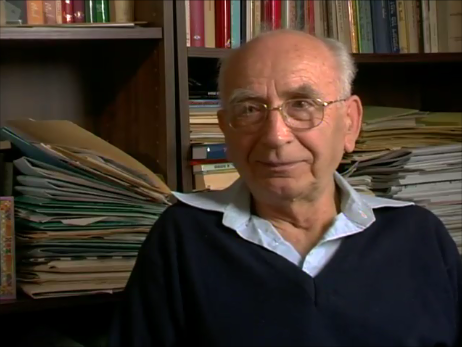 Moshe Shklar, born in Warsaw, Poland in 1920, was a well-known Yiddish poet. Yiddish was the language spoken at home and Moshe also attended a Yiddish folk shule/school where all the academic subjects were taught in Yiddish. At the onset of WW II, he escaped to the U.S.S.R.  After the War, Moshe returned to Poland and became a journalist and writer. After emigrating to America in the 1960’s, Moshe became the editor of the prominent Yiddish journal, Kheshbn. He is the prize-winning author of numerous books of Yiddish poetry, a novel, and a memoir. 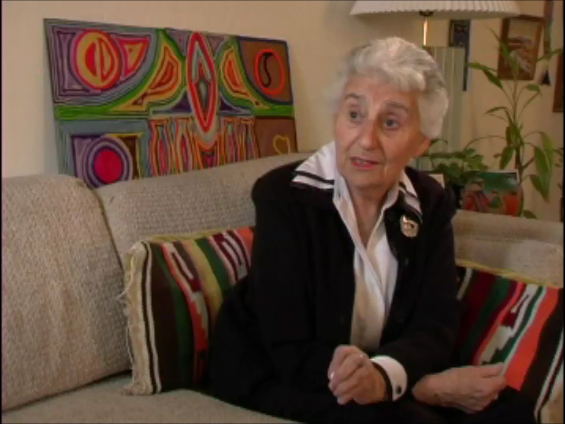 Lilke Majzner was born in Lodz, Poland in 1921. Lilke spoke Yiddish her whole life. She attended a kindergarten in Lodz where Polish and Yiddish were spoken. She then attended a Medem School where the primary language of study was Yiddish. Lilke survived seven different concentration camps during the Holocaust.  She eventually settled with her family in Los Angeles.  An educator, her specialty was Early Childhood Education and she taught kindergarten.  Lilke was also a prominent figure in Yiddish activism in LA primarily with the LA Yiddish Culture Club and was the Club’s last president.

Lilke Majzner Interview in Yiddish, Part 1 of (4):  Growing Up in Yiddish
https://www.youtube.com/watch?v=hncTeF0AusE&t=10s 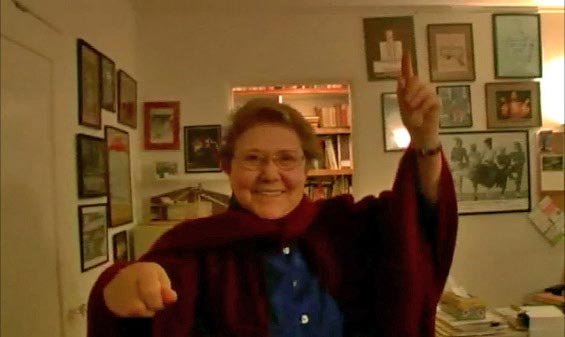 Sabell Bender was born in Harlem, NYC, on March 17, 1927 to immigrant parents, resettling in LA’s Boyle Heights as a child.  Her love for Yiddish developed from an early age as did her acting talents.  Married to an actor on the Yiddish stage, she also acted in many productions of the “Los Angeles Yiddish Folksbineh” theater troupe.  She taught in LA”s Yiddish schools and was for many years the theater director at the Oakwood High School.  Sabell is considered one of the leading experts in Yiddish theater, a topic in which she gave dramatic lectures throughout the country. 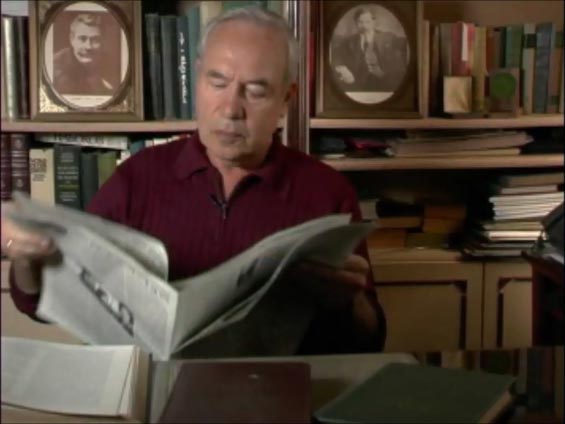 Yakov Basner was born in Riga, Latvia in 1927. His father worked as a couturier and his mother raised the children. Yiddish was his first language and he was an active participant in the Yiddish cultural life of pre-War Riga — youth organizations, theater, and clubs. Under German occupation, Yakov lived in the Riga Ghetto for three years. His mother, brother and sister were killed on his 13th birthday. He survived a number of camps, including Buchenwald and is the only one of his immediate family to have survived. Upon Liberation, he lived in Soviet Riga, where he married, raised his family, and was for two years a political prisoner. After a decade of waiting, he received permission to leave the Soviet Union and arrived in the US in 1980. While in S. California, Yakov became active in Yiddish cultural life and has been teaching Yiddish language at the Long Beach Yiddish Community Center and the LA branch of the Workmen’s Circle for over 20 years. He also lectures on Yiddish literature. 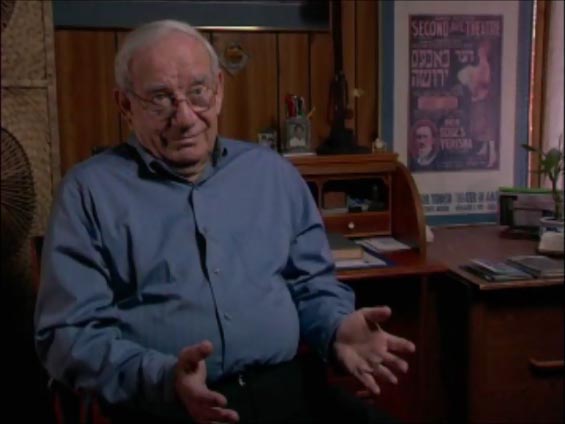 Jacob Lewin was born in Lodz, Poland in 1927. He was only 13 when the Nazis invaded and he and his family were incarcerated in the Lodz Ghetto. He eventually lost his entire family to the Nazis. After himself managing to survive numerous concentration camps, he returned to Lodz but soon relocated to Melbourne, Australia. While working as a furrier to support his growing family, he acted for many years in the Melbourne Yiddish Theater. He eventually resettled in the US where he continued to act in Yiddish theater, including in a one-man show that he created of Sholem Aleichem’s play “The Big Win.” 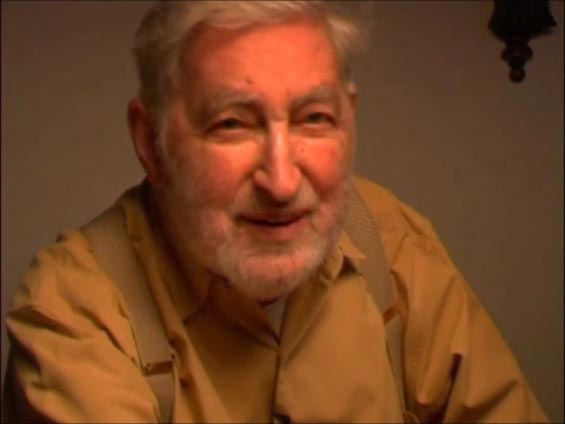 Fima Chesnin. A native of Vilna, when the Nazis invaded Vilna, a teenage Fima managed to escape to a remote region of the Soviet Union and thus was one of a tiny number of Vilna Jews who survived the Holocaust. After the War, he worked with a Zionist youth organization in Poland to help Jewish groups defend themselves from organized armed thugs. He eventually emigrated to the U.S., becoming a successful architect in L.A.. Out of love for Yiddish, he later taught Yiddish in a Jewish day school and headed up one of the most active Yiddish reading circles in Los Angeles. 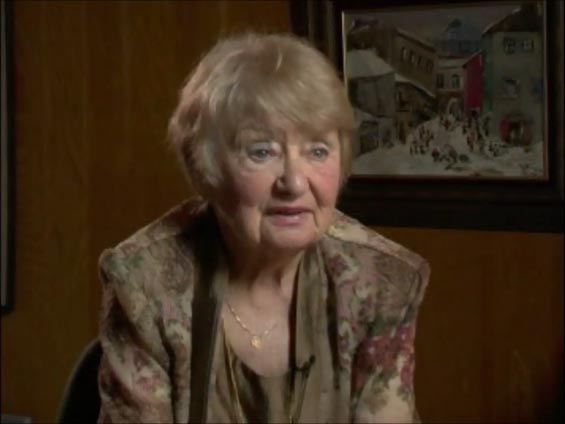 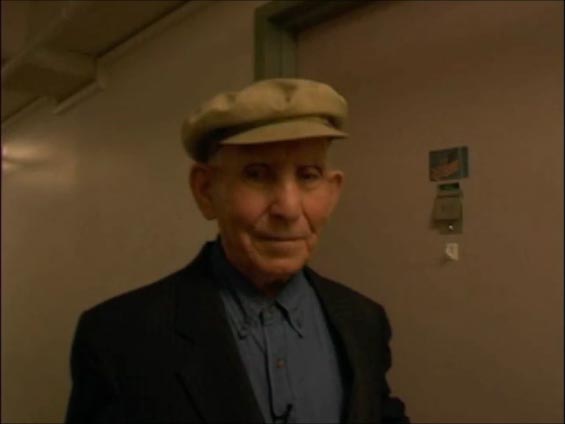 Pinnie Plotkin was born in Babruysk, Belarus, in 1915. He attended a Jewish primary school in the small town of Lyubonichi and eventually completed his studies at the Minsk Pedagogical Institute where there was a faculty dedicated to Yiddish literarture and linguistics. He contributed to the Minsk Yiddish literary-art journal Shtern (Star). During WW II he served in the Russian army and won medals for his service. Post-War, he participated in what remained of the Yiddish cultural life of Minsk. He eventually made his way to the US. He authored hundreds of published poems in Yiddish, some of which were collected in three books. 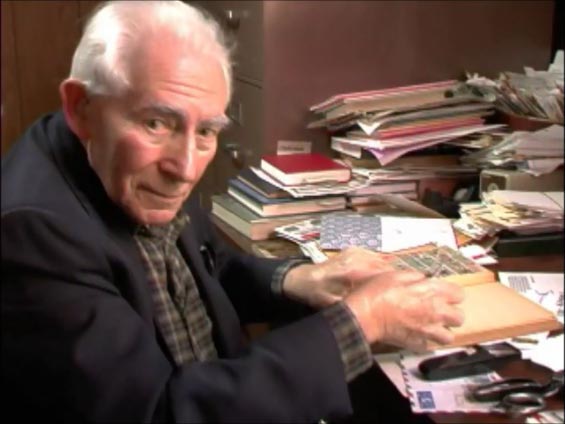 Your contribution in support of this project will help ensure that this legacy is available for future generations. Click here.